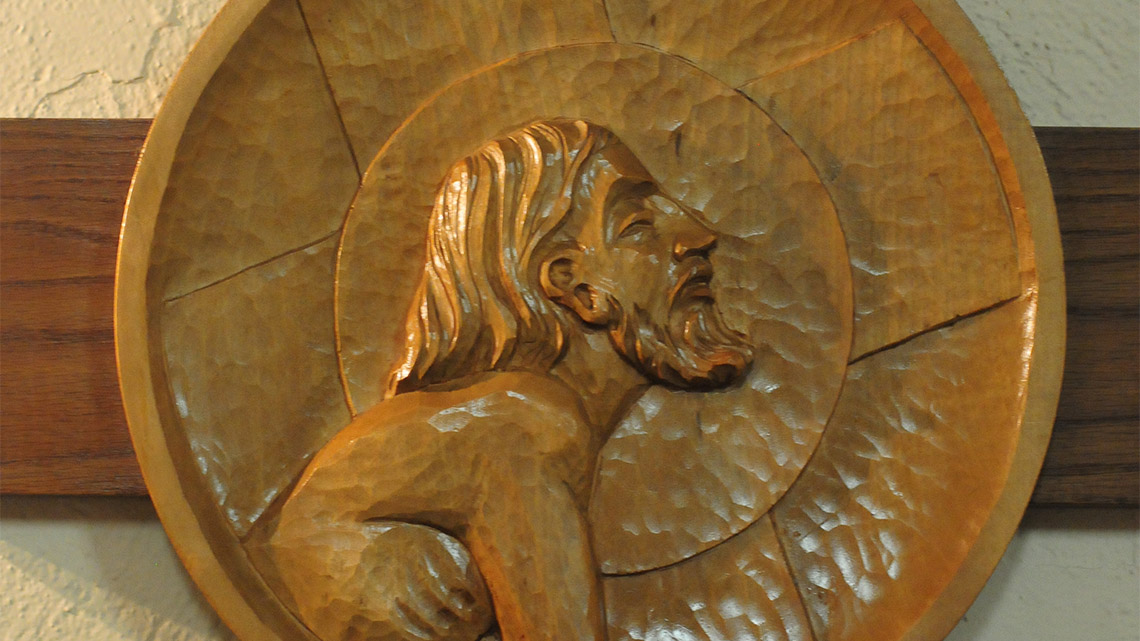 Stations of the Cross

Also called Via Crucis, and Via Dolorosa, these names are used to signify either a series of pictures or tableaux representing certain scenes in the Passion of Christ, each corresponding to a particular incident, or the special form of devotion connected with such representations. Taken in the former sense, the Stations may be of stone, wood, or metal, sculptured or carved, or they may be merely paintings or engravings. They are usually ranged at intervals around the walls of a church, though sometimes they are to be found in the open air, especially on roads leading to a church or shrine. In monasteries they are often placed in the cloisters.

The erection and use of the Stations did not become general before the end of the seventeenth century, but they are now to be found in almost every Catholic church. Their number used to vary considerably in different places but 14 are now prescribed by authority. They are as follows: 1. Christ condemned to death; 2. The cross is laid upon him; 3. His first fall; 4. He meets His Blessed Mother; 5. Simon of Cyrene is made to bear the cross; 6. Christ’s face is wiped by Veronica; 7. His second fall; 8. He meets the women of Jerusalem; 9. His third fall; 10. He is stripped of His garments; 11. His crucifixion; 12. His death on the cross; 13. His body is taken down from the cross; 14. and laid in the tomb.

The object of the Stations is to help the faithful to make, in spirit, a pilgrimage to the chief scenes of Christ’s Suffering and Death, and this has become one of the most popular of Catholic devotions. It is carried out by going from Station to Station around the church, with certain prayers at each one, and devout meditation on the various incidents in turn. It is usual, when the devotion is performed publicly, to sing a stanza of the “Stabat Mater” while passing from one Station to the next. At St Barnabas, Stations of the Cross is a service of devotion held during Lent.